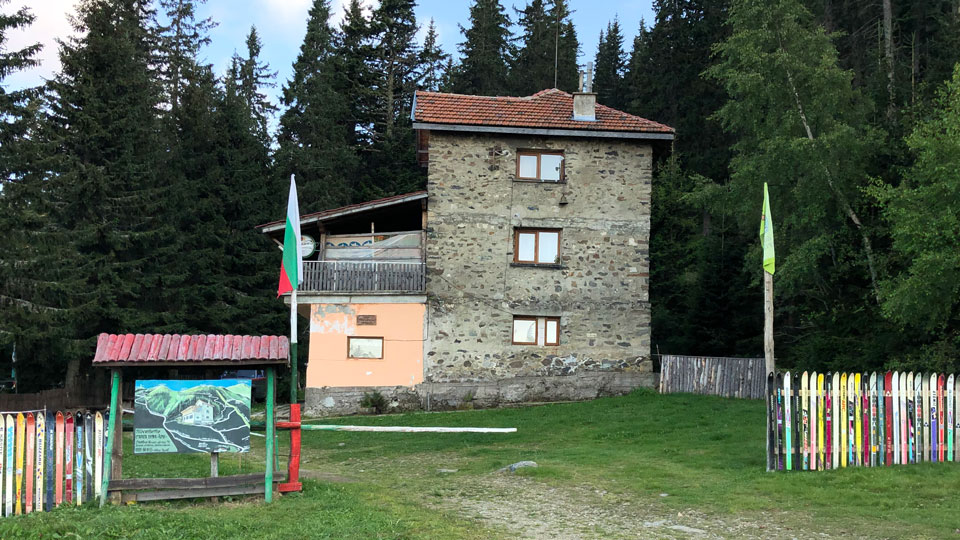 Old Kom Hut is a Bulgarian Tourist Union lodging facility in the western Balkan Mountains (Stara Planina). It is located in Berkovitsa Municipality, Montana Province, along the marked trail to Kom Peak, at an elevation of 1620 m (5315 ft).

The hut has 22 beds. It is fully renovated with electricity, indoor plumbing, and heat in every room. Call in advance to organize meals in the restaurant, or make do with whatever they have on hand when you arrive.

Getting to Old Kom Hut

Old Kom Hut is about 8 kilometers as the crow flies south southwest of Berkovitsa. It can be reached by following the asphalt road to to its end at New Kom Hut, then continuing along the dirt road leading to the old hut. It can also be reached on foot by following the marked trail from town, about 16 km from the center.

Kom Peak — Red Trail markings About 1 hour to the summit.

Then and Now: Varna City Theatre