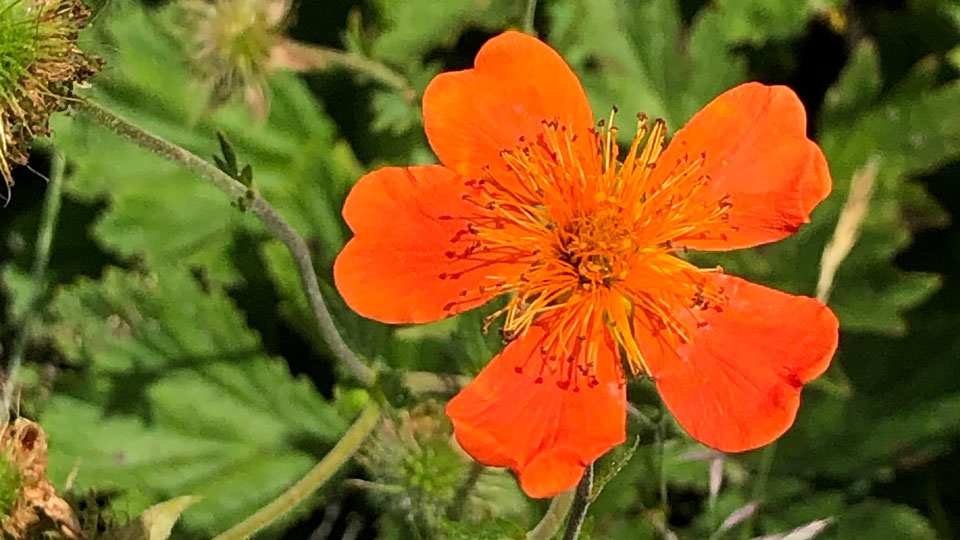 The Tsarichina Reserve was established in 1949 to preserve valuable Bulgarian forest and sub-alpine ecosystems in their natural condition. The reserve covers an area of 34.2 square kilometers in the Central Balkan mountains. In 1977 it received official designation for inclusion in the UNESCO Man and Biosphere Programme.

There are many beautiful wildflowers found in Tsarichina. The reserve takes its name from the small scarlet “Tsarich”, or King’s flower (Geum coccineum), which blooms in late spring and summer months. It is also home to Daffodil anemone, Phyteuma confusum, Centaurea kernerana, Viola balcanica, and Angelica pancicii.

The local fauna includes over 30 mammalian species, including brown bear, roe deer, red deer, river otter, and pine marten. There are 15 amphibian and reptilian species. Over 75 bird species nest in the reserve, and it shelters seven owl species typical of the Bulgarian mountain areas.

There are two mountain huts within the borders of the Tsarichina Reserve. Vezhen Hut is in the western part, and can be reached on foot following trail markings from a trailhead at Ribaritsa village. Eho Hut is on the eastern boundary of the reserve, lying directly along the E-3 European Trail (Kom-Emine), which forms the southern and eastern border of the protected territory.

Hiking is permitted in the reserve, with movement restricted to marked trails only.

Tsarichina Reserve and the UNESCO Man and Biosphere Program

Tsarichina Reserve is one of 16 biosphere reserve included in the UNESCO Man and Biosphere programme. All of them were designated in 1977. They were selected to represent typical ecosystems with relatively untouched biotic and abiotic components and are more or less evenly distributed throughout the country.

Since that time, UNESCO has refined the program conditions and specifications through the Seville Strategy and Statutory framework, adopted in 1995. Bulgaria is engaged in a long term process of assessing its reserves, conforming to these later requirements, and planning for future designations and management of Bulgarian designated biosphere reserves.