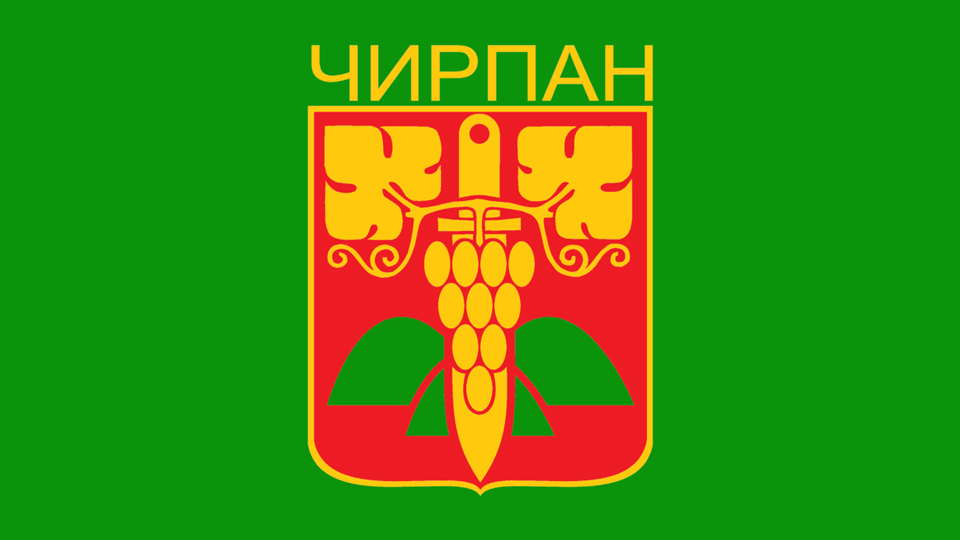 Chirpan is considered to be the heir to an ancient Roman settlement, which was located near the Roman city of Pizus, 7 km away. from the current location of the city. The settlement is believed to be founded by settlers.

Historical documents give reason to believe that the city has existed at its present location since the beginning of the 15th century.

The name of Chirpan is believed to be derived from the Roman name of the settlement and is associated mainly with the Tekir spring, around which the city was formed. During the Renaissance, 18th-19th century, Chirpan was characterized as a town with well-developed agriculture and crafts.

After the Liberation of Bulgaria in 1878, the citizens of Chirpan were among the first to start an organized struggle for unification of Bulgaria and record the name of the city in the revolutionary annals of the United Movement. Today is the day of September 6 (Unification Day) celebrating the city holiday.

During the post-liberation period, crafts declined because of the loss of markets in the Ottoman Empire, but the viticulture and wine industries flourished.

In 1928 the city was severely affected by the Chirpan earthquake. Scouts from the existing Organization of the Bulgarian Young Intelligence Organizations (OMB) were actively involved in assisting the affected population in clearing the ruins, searching for survivors, building tent camps, food and feeding the survivors.

A 6.9 Richter earthquake shook Chirpansko. Exactly April 14, 1928 – Good Saturday, shortly before noon, a powerful earthquake centered seven or eight kilometers northwest of Chirpan shakes the city and its surrounding villages. Four days later, on the evening of April 18, another strong earthquake centered near Plovdiv completes the devastation that the first earthquake began.

The earthquake is so intense that it has been reported by seismic stations in North America. The material damage from it is enormous. In both earthquakes, 26,000 buildings were completely destroyed, 21,000 were destroyed. 128 people were killed and about 500 were injured. Almost all buildings in Chirpan and Borisov (today Parvomay) were destroyed. Thousands of families remain homeless, deformed by rail. lines, the flow of wells and springs has changed – the Merichler mineral spring has disappeared for some time.

For 11 days the earth swings for an hour with varying strength. Yavorov’s hometown is completely destroyed.

At the first quake shortly before noon on April 14, the Trout-Merkel scale reads Grade 10. First the roofs collapse, then the walls split. Plovdiv, Chirpan and Parvomay are evacuated into the field. The worst, however, comes in the last hours of April 18th. The 11th grade trout along Trout-Merkel is devastating for Plovdiv and the whole region. The government of Andrey Lyapchev is sending a plane to the affected area because telephone connections are broken. Tsar Boris III, who is in Varna at the same time, is arriving in Chirpan. Then the king moved to Plovdiv and personally led the action to save the population.

After the devastating 1928 earthquake in Chirpan, five large hospital buildings were built in a beautiful park. Generous help from the Polish Red Cross has been received for the Chirpan hospital. The hospital was established by an Act of November 8, 1928, signed by Tsar Boris III, members of the Bulgarian Imperial Government and the Government of the Polish Republic, as well as by Chirpan MPs, the Mayor of the city and the Chirpan hospital doctor Dr. Hristo Zlatarov. At the time, MP Krum Korakov made a critical note that this was a luxury hospital that was ahead of its time. This creates an opportunity to expand hospital activity in the region. Since the establishment of the hospital and to this day, residents of two municipalities – Chirpanska and Bratyadaskalovska – have been treated there.

Chirpan is a town in Central Bulgaria, Stara Zagora Region, and is located in the heart of Thrace. It is located at the southern foot of the Chirpan Hills (651 m). It is located 39 km southwest of Stara Zagora and about 50 km from Plovdiv. It has a railway station on the Sofia – Burgas line. Along the city pass AM Thrace, with which there is a convenient connection and the building Lot 1 of AM Maritza. The climate in the area is temperate continental with little Mediterranean influence.

Chirpan is the third largest in the district after Stara Zagora and Kazanlak. Chirpan is known for its knives and the birthplace of poet and revolutionary Peyo Yavorov.

There are 21 villages and towns in Chirpan Municipality with a total population of 21,000 people. About 75% of the population, over 15,000 people, reside in the town of Chirpan. All of the remaining settlements are classified as villages. Zetyovo has a population of 1200 people and Svoboda has 1100 people. The rest have smaller populations ranging from 699 to just 1. They are Darzhara, Dimitrievo, Gita, Izvorovo, Malko Tranovo, Mogilovo, Oslarka, Rupkite, Spasovo, Sredno Gradishte, Stoyan-Zaimovo, Svoboda, Tselina, Tsenovo, Vinarovo, Volovarovo, Yavorovo, Yazdach, Zetyovo, and Zlatna Livada.