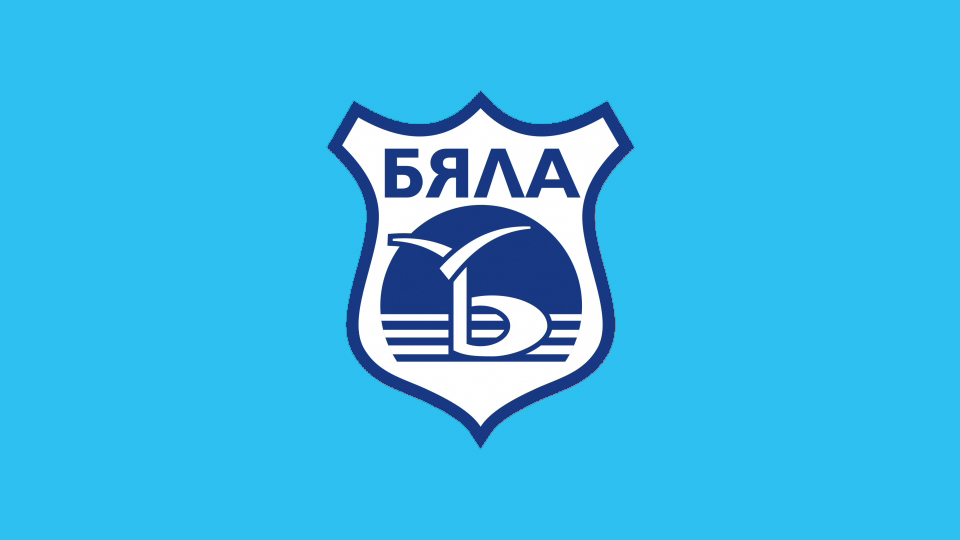 The first settlement in the region of Byala probably originated in the 6th century BC, around the bay of Cape Atanas. This is evidenced by the results of underwater archaeological studies at the site in 1979 with the Cosmos group and in 1988 and 1989 with the NEK-UNESCO diving group.
The earliest evidence of the landing of ships in the bay so far is two stone stock-remains of stone-anchors. They date from the 6th century BC. Several fragments of Chiogean amphorae (the end of the 6th-5th centuries BC) point to such an early date. The exhibits are on display at the White Rocks Demonstration Center in Byala.
The settlement was located next to a famous Roman road station / Templum Jovis /, and around it there is a Roman fortress. The name of the station is given by the temple of Zeus. From it come marble capitals, one seen in 1892 in the ruins at the northwestern end of the fort, and the other – built in the wall of the church of St. Assumption of the Blessed Virgin Mary ”in Byala. The capitals are Corinthian style. From the ruined fortress, square bricks and another marble column with a simple capital were carried to the same church.
Antique items

The area falls within the territories of distribution of tetradrachmas minted in Tommy and Odessos, as well as Roman coins.
During excavation in 1969, a limestone tombstone with a Greek inscription was discovered. The inscription was restored by Prof. Veselin Beshevliev and reads: “In memory of Theodore the Presbyterian”. The dating dates back to the beginning of the 6th c.
After the founding of the First Bulgarian Kingdom in 681, the area entered its borders.
The first Bulgarian state was too sophisticated and its defense was organized through a whole system of fortifications. The fragmentary information of the old authors and folk tales aroused interest in earthquake facilities in Bulgaria in the first years after the Liberation. Their discovery of science is a credit to the Karel brothers and Hermengild Shkorpil. As a result of their famous tours around Bulgaria, almost all the preserved fortifications have been made known.
On the border between Varna and Burgas region, between Byala and Obzor, is situated the southernmost coastal shaft on the Bulgarian Black Sea coast. It closes the low sandy terrace at the mouth of the Dvoynitsa River. It starts on its left bank, reaches the River Fair Dere, passes north of it and ends at the foot of the high bank. Here on the surface of the shaft are visible scattered stones and bricks, probably taken from the remains of the large Roman fort at Obzor. One of the valuable monuments associated with the Proto-Bulgarian runic writing – the famous stone from Byala, currently on display at the National History Museum in Sofia – has been found in this embankment. The signs date to the 8th-9th centuries and are characteristic of the whole territory of the First Bulgarian Kingdom.
Antique items

In the vicinity of the village of Dyulino is the medieval fortress Kozyak. The ruins of the fortress are located on the east of the two arms, which descend from the peak of Yanku Tepe to the valley of the river Dvoinitsa. According to the Shkorpil brothers, the fortress consisted of two parts. The former, being more accessible, was firmly built with an irregular hexagon plan. The north corner shows the remains of a tower. Kozyak was undoubtedly used as a harbor (although it was not recorded in medieval nautical charts), because in the sixteenth century there was a “law on the port of Gozke”, which determined the customs duties on goods imported or exported by ships. The fortress was severely damaged by the knights of Count Amedee VI of Savoy during the maritime march against the Bulgarian Black Sea in the autumn of 1366. Under unknown circumstances, Kozyak was again included in the borders of the Tarnovo kingdom during the reign of Tsar Ivan Shishman / 1371-1395 / . The complete decline of the fortress occurred in the nineteenth century, when its wharf, inaccessible to steamers, was visited only by small hemi, who exported timber from here.
For the first time, the name of the village was mentioned in a Turkish register from 1731 as Ak-Dere. Since the events before 1878, Byala’s fame has been associated with the name of the haidut Shtery Pettchev. The residents of the city erected a monument in 1986, which is currently located in the center.
In 1821, an uprising broke out in Greece against the Ottoman Empire. It covered all the villages and towns along the Black Sea that were inhabited by Greeks. Byala residents also took part in this uprising.
According to the memories of the locals, at the end of the 19th century the settlement was divided into two neighborhoods, which were named after the churches located in Greek or St. Assumption of the Blessed Virgin Mary ”and“ St. Paraskeva ”.
From 1925 to 1928, about two hundred families emigrated from Byala to Katerini, Korino, Kithros, Aspros / in Greece /. Their houses accommodate Macedonian refugees and later Thracians and Dobroudzians.
After World War II, the settlement began to be improved. Until now, the houses are single-storey, mud-coated, or without any plaster at all. The municipality is housed in abandoned huts by German troops. For telegraph post station, medical outpatient clinic, maternity hospital, veterinary hospital, etc. offices rent premises in private homes.
Employment is of great importance for the improvement of the settlement. It was introduced in 1948 and this work was invested in the construction of the school, community center, bridges and road network, water supply and electricity, landscaping.
Funds are being earmarked for the construction of public buildings and the creation of a new center. In 1976, a kindergarten, a pharmacy was opened, and the post office was reconstructed. The construction of a polyclinic began in the 1970s and was officially opened in 1983.
It was officially declared a city on the 5th of July 1984.