Petrich is a town in southwestern Bulgaria and the administrative capital of Petrich Municipality. Located just a short distance from both the Greek and Macedonian borders, it possesses more of a mediterranean climate than continental. It is the sunniest town in Bulgaria.

Petrich has a long and storied history. During the Middle Ages it was a significant Bulgarian fortress in their wars against the Byzantine Empire. It fell under Ottoman control in remained part of the Ottoman Empire into the early years of the 20th century, when it was annexed by Bulgaria during the First Balkan War.

The earliest occupation known in this location was an unnamed Thracian settlement established perhaps during the 4th century BCE. It was conquered by Philip II of Macedon in 340 BCE and Heraclea Sintica became one of the most important Macedonian cities of that time, with a fortified center comparable in size to other notable contemporaneous Macedonian cities including Philippopolis, Kabile, and Philippi.

168 BCE Romans conquer Heraclea Sintica, and for a time became the most important city on their northern border, guarding the middle Struma river and the Rupel Gorge.

837  Petrich ceded to Bulgaria during the reign of Khan Presian.

1014 Battle of Belasitsa (or Battle of Kleidion). A decisive victory for Byzantine forces over the Bulgarians of Emperor Samuil. Reportedly 14,000 soldiers captured and blinded by the Byzantines, who leave one out of each 100 a single eye by which to lead the other captives home. Ruthlessness earns Byzantine Emperor Basil II the moniker “Bulgar-slayer.”

1200-1400 Petrich serves as an integral part of the border defenses of southwestern Bulgaria during the golden age of the Second Bulgarian Empire.

1376-77 Oldest written mention of Petrich in the writings of Serbian noblemen Jovan Dragas and Konstantin Dejanovic.

1878 The Treaty of San Stefano calls for Petrich to be included in a free Bulgarian state.

Petrich lies in the valley of the Struma river. 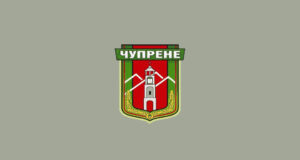