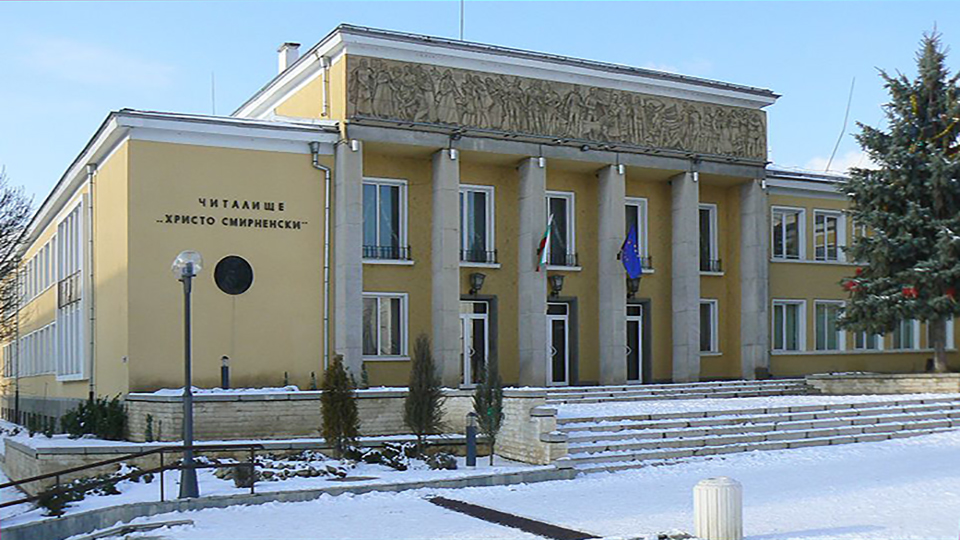 Zlatitsa is a town of about 5000 people located in eastern Sofia Province, 77 km east of the capital and 4 km west of Pirdop, at the foot of the Balkan Mountains. The name is derived from zlato, the Bulgarian word for gold. Local gold deposits have been mined since antiquity and the town was probably established in ancient times to accommodate soldiers guarding the mines nearby.

During the National Revival period Zlatitsa enjoyed economic prosperity stemming from its stock breeding industry and related products. The town was a major supplier of mutton to the Ottoman military and produced wool both for export and domestic use.

Zlatitsa played a significant role fighting against the Ottoman yoke. Many of its citizens took part in the fight for freedom and are remembered in stories and songs, including Stoyan Bratoev Voivode, Detelin Voivode, Manoush Voivode and Rada Voivode, to name a few.

The two continued to prosper after liberation as a center of stock breeding and fruit production in the region.

The town lies on a main transportation route connecting Sofia to the black Sea.

Though Zlatitsa has existed since ancient times, the earliest mention of the town by name appears in a 13th century medieval document from the reign of Tsar Constantine Assen (1257-1277).

12 December 1443 Forces of Polish King Vladislav III Varnenchik, under the command of his favorite John Hunyani, fought the Battle of Zlatitsa against Ottoman forces in the area of Zlatitsa Pass. Facing winter weather and an entrenched foe holding well fortified positions, the crusaders were repelled and forced to retreat.

1777 Clocktower built, later became a symbol of the town.

1859 St. George the Martyr Church built, along with a school.

1872 Apostle of Freedom Vasil Levski visited Zlatitsa to organize a revolutionary committee. He was sheltered in the local Convent.

1879 Zlatitsa included in the list of towns to be considered for Capital of Bulgaria.

The Zlatistsa valley is situated between the Balkan mountains and the Sredna Gora at an elevation of about 680 m above sea level.

Zlatitsa’s location on the plain at the foot of the Balkan Mountains afforded the town a natural opportunity to exploit animal husbandry, which became its main industry.

The residents grew wealthy during the Ottoman period selling mutton to the Ottoman military and producing wool both for export and domestic use.

They were not immune to the economic hardships brought on by the War of Liberation, but demand for their products did provide a measure of stability for the economy in the post-war period.

Today mining and metallurgy are the most important industries, led by the Elatsite open pit copper mine and gold mining at Chelopech.

Zlatitsa is a gateway to the Central Balkan Mountains, offering hiking, camping, fishing and hunting.