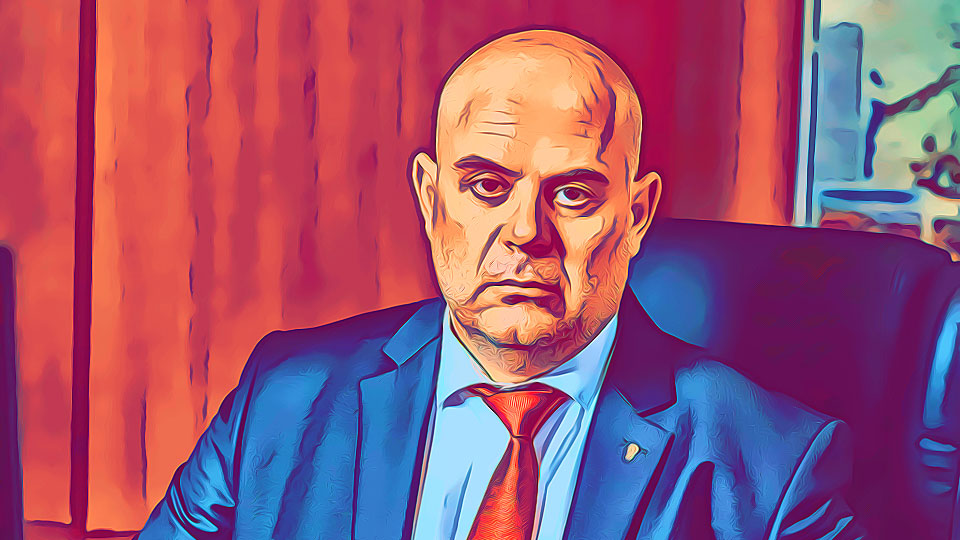 Ivan Geshev was born into a working class family in Mirkovo, Sofia Province, on 19 December 1970. His father was a traffic policeman and his mother a midwife.

His father was born in Zlatitsa, but descended from a large, old Bulgarian family from Godlevo, Razlog Municipality. His ancestor Parteniy Geshev, a priest in Kyosemuratovo, now Bratanitsa, Pazardzhik Province, was a teacher, friend of Vasil Levski, and founder and leader of his local revolutionary committee prior to the April Uprising of 1876. He was arrested and imprisoned and tortured in the aftermath of the uprising.

Geshev was educated in Sofia, graduating from the Electrical Engineering Technical High School in 1989 and the Police Academy (Academy of the Ministry of the Interior) in 1994. He completed training as a jurist at the same faculty in 1996.

Ivan Geshev started his career in investigative police work at the Ministry of the Interior from 1994-2006, ending in the position of Investigator (Detective). He was later determined to have had an undefined role within the State Security apparatus.

In 2006 he became a Prosecutor within the Sofia District Prosecutor’s office. From 2009-2012 he was seconded to the Sofia City Prosecutor (District Attorney), and in 2012 the change was made permanent.

On 19 July 2016, the Prosecutors Collegium of the Supreme Judicial Council elected him administrative head of the Specialized Prosecutor’s Office, a position he held until 16 July 2018. In that post he was prominent during investigations into the failed Corporate Commercial Bank, for which the eventual criminal indictment  ran over 10,000 pages long.

From 16 July 2018 to 18 December 2019 he served as Deputy Chief Prosecutor of Bulgaria at the Supreme Prosecution Office.

On 4 July 2019, sitting Chief Prosecutor Sotir Tsatsarov proposed Geshev as a suitable successor for himself. Subsequently the Prosecutor’s Collegium voted unanimously to advance his nomination, and almost immediately both opponents and advocates lined up quickly to voice opinions about the controversial choice.

The public quickly took to the streets in objection to Geshev’s election. Protesters raised a number of complaints, including:

In response to concerns about the choice, on 7 November 2019 President Radev exercised his veto and returned the election results for reconsideration by the Supreme Judicial Council. The SJC voted again in favor of Geshev, and on 14 November re-submitted his name to the president for approval. Having exhausted the legal means of objection, on 26 November 2019 the President issued a decree appointing Ivan Geshev Chief Prosecutor for the Republic of Bulgaria.

Corporate Commercial Bank. The infamous case of a bank allegedly driven to failure in a dispute between Bulgarian oligarchs.

Pernik Water Crisis. Arrest and detention of Minister of Ecology Neno Dimov for intentional mismanagement leading to the Pernik water crisis. This was the first arrest of a sitting Minister under the present constitution.

Sarafovo Terrorist Attack. The prosecution secured a conviction and life sentences for the two perpetrators of the 2012 airport bombing that killed 6 people.

Mladost Municipality Corruption. A disputed case accusing officials of the municipality with soliciting bribes from individuals and firms.

Relieving the Distress in Bulgaria