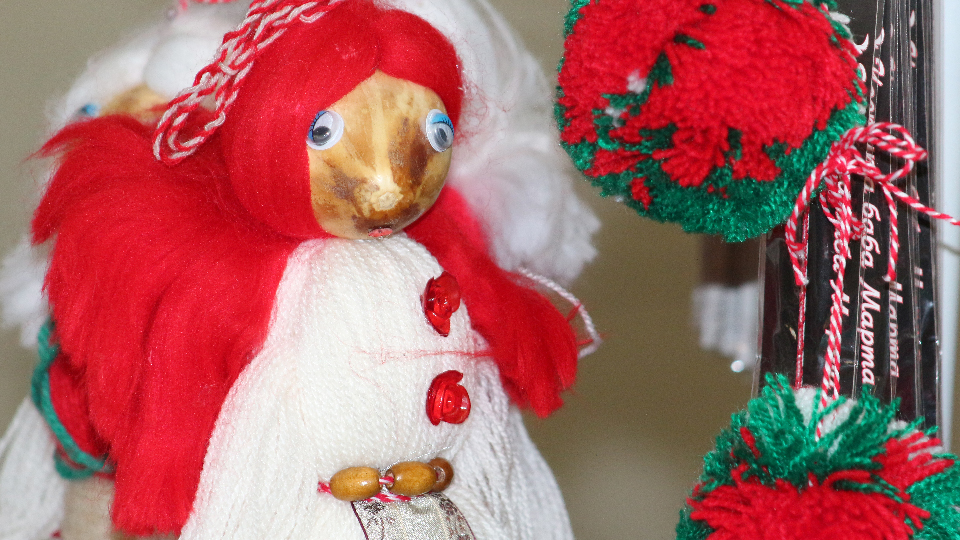 Bulgarians celebrate the unique holiday Baba Marta (Granny March) on the first day of March, when almost all Bulgarians wear a bit of red and white yarn called a martenitsa pinned to a coat or tied around the wrist as a sign of participation in the great waiting game for the arrival of spring. They greet each other with the familiar call, “Chestita Baba Marta!” which means Happy Granny March Day!

A Martenitsa is worn until one sees the first signs of the season, either a stork, a swallow, or a budding tree. Then the martenitsa is removed and tied to a tree for luck or placed under a rock to see what the year will bring.

Who is Baba Marta?

Baba Marta is imagined as a moody old woman. The sun shines when she is happy, and her anger brings cold storms. She is a human picture of unpredictable March weather. March storms are sometimes described as Baba Marta’s spring cleaning, and the last snowfall comes from falling feathers when she shakes out her mattresses.

Legends have grown around the holiday tradition. Perhaps the oldest describes the origin of the custom found in a kindness by Khan Asparuh, the founder of the First Bulgarian Empire, who is said to have sent his wife a white cord as a sign of having survived in battle. The cord was soiled with blood, which is why the martenitsa is always red and white.

Another tale describes how Baba Marta, angry at an old woman taking her goats into the mountains a few days early, brought on a fierce storm that raged for days. Later, when the townsfolk went out in search of the old woman, they found her turned into stone, with a freshwater spring running out from under her feet.

Today the holiday has become an opportunity to share good wishes of health and happiness with friends, family and colleagues. Children often compete to see who can collect the most martenitsi.

Leading up to the day, street corners are filled with fold up tables and upright displays of red and white decorations. The most common motif is a pair of figures, a man and a woman called Pizho and Penda, but there are martenitsi in all shapes and sizes. Larger sizes are used to adorn tables and doors, and different forms can be worn as bracelets, necklaces or pins. There is great fun to be had in finding just the right martinitsa for a friend.

See more images of Baba Marta on the streets of Sofia: 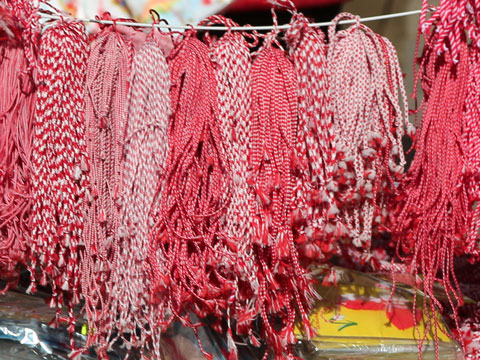 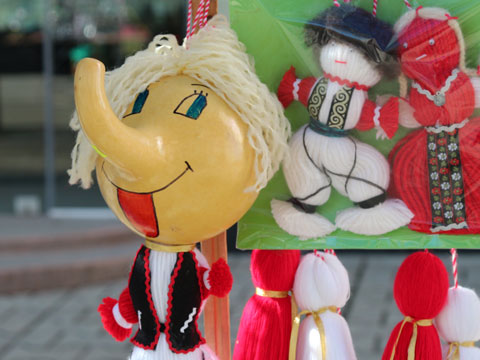 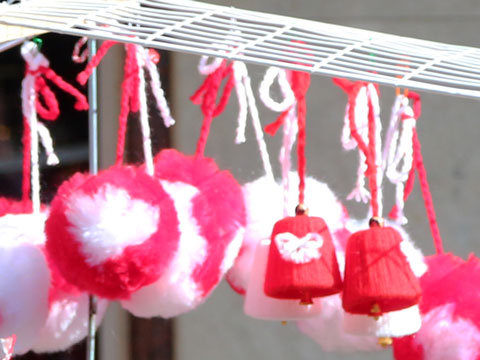 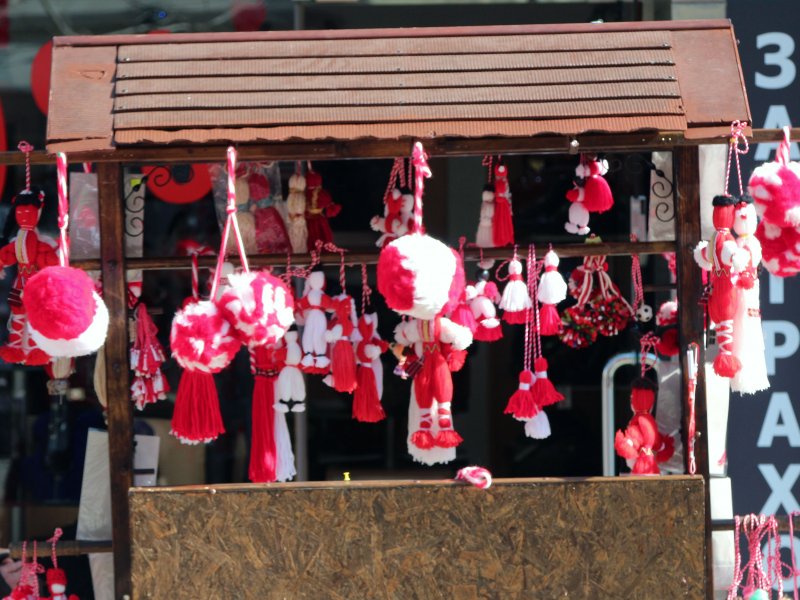 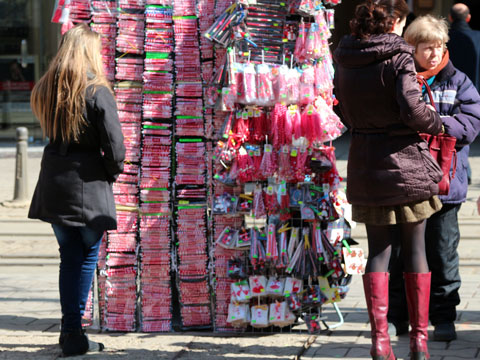 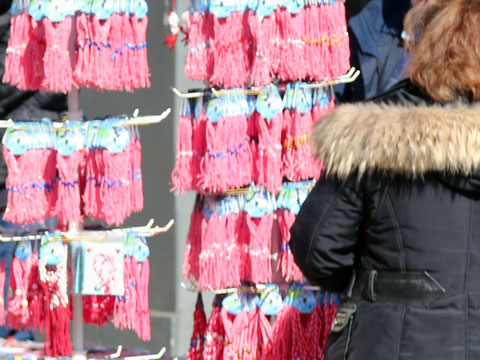 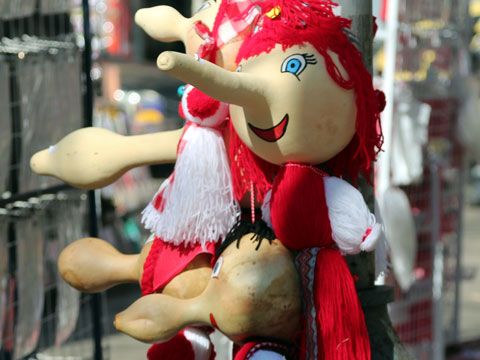 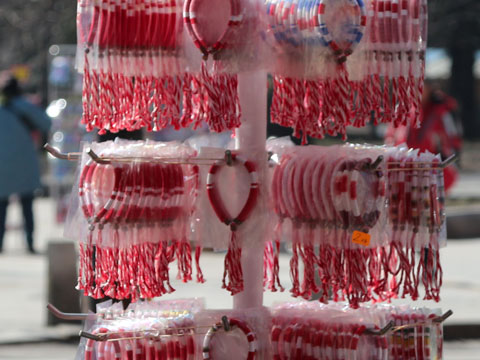 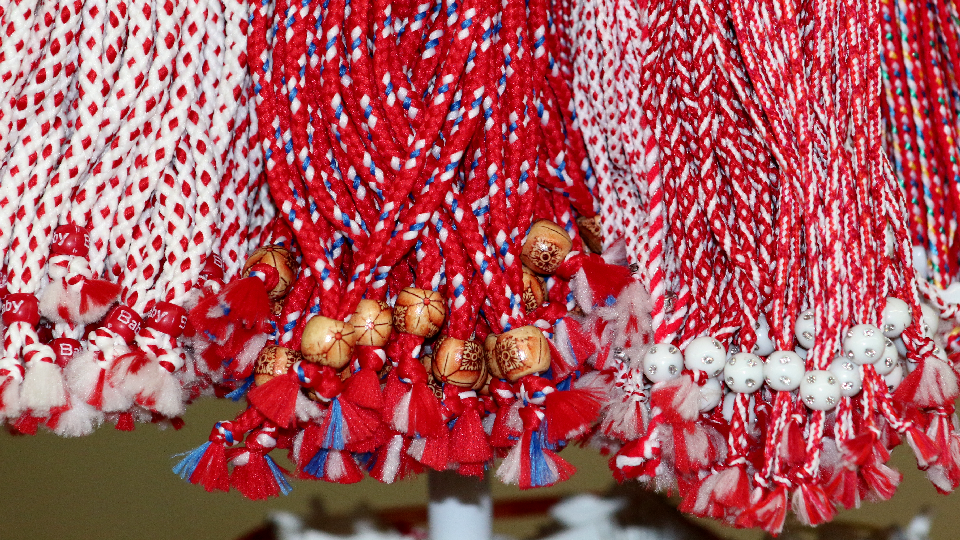 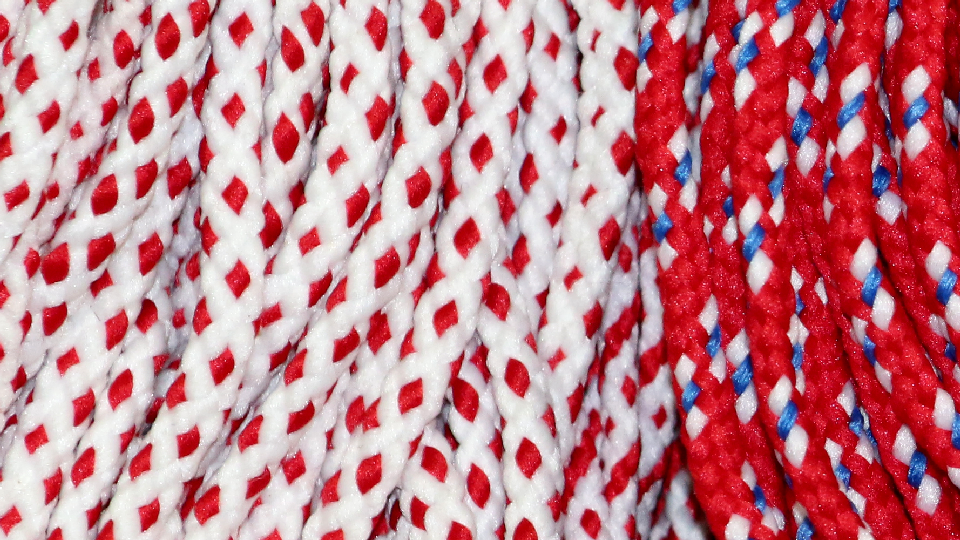 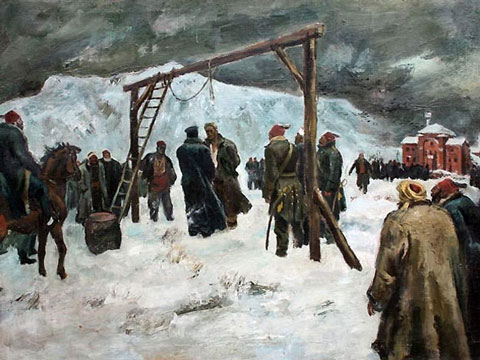 The Hanging of Vasil Levski