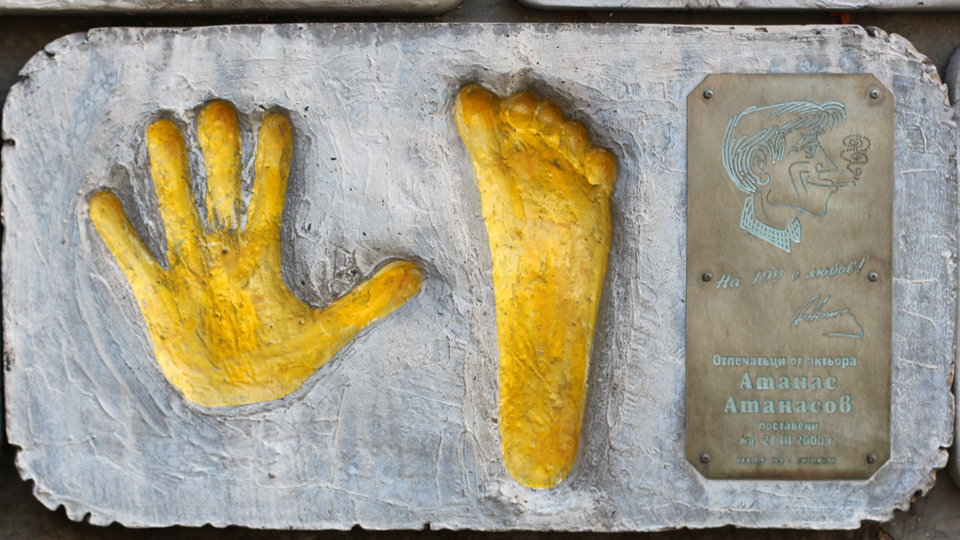 Atanas Atanasov was a Bulgarian actor on both stage and film. He was born into an immigrant household in Sofia on 22 April 1932, his father’s family having relocated from Ohrid, in today’s North Macedonia, some years before. He studied acting under director Stefan Sarchadzhiev at the Krastyo Sarafov National Academy for Theatre and Film Arts, graduating in 1955.

The celebratory plaque of Atanas Atanasov on the 199 Steps to Success wall of fame includes a footprint cast of both feet, a caricature (left side profile), and his charge to the trade: