The name Asparuh is synonymous with the origins of the Bulgarian state. Asparuh (Bulgarian: Аспарух) led the Turkic Bulgars migrating from the Eurasian steppes to the Balkan peninsula, where they carved out for themselves a new state. Asparuh was the third son of Khan Kubrat, the ruler of Great Bulgaria, whose kingdom in eastern Ukraine disintegrated following his death around 665 CE. Under pressure from Khazars invading from the east, in 668 the sons of Kubrat spread out in search of a more secure place to live.

In 679 Asparuh led between 20,000 and 30,000 people across the Danube near the mouth of the river. The Byzantine Empire was under siege from Arabs, which created a big enough distraction to allow Asparuh to carve out a small territory for his people in the northern Dobruzha. In a cunning act of political skill, Asparuh convinced the much more numerous Slavic tribes already living on the land to join him in his fight against Byzantium. In 680, the Byzantine Emperor marched against the Bulgars but was defeated. Asparuh moved farther south into the Balkan mountain range, and soon started raiding Byzantine Thrace. In 681, the Byzantine Emperor agreed to a peace treaty with the Bulgars, recognizing their independence and agreeing to pay them annual tribute for protection of the northern border. This is commonly regarded as the birth of the first Bulgarian state in the Balkans.

Like most rulers of his time, the particulars of Asparuh’s life are not well known. His name is thought to be of Iranian origin, meaning “white horse” or “white horseman.” We k now nothing of his early life. Much of his reign is a mystery. Tradition holds that he established the capital at Pliska, but that is not certain. One source says that he met his end fighting the Khazars near the Dneiper River in 700.

Khan Asparuh was a skillful and determined leader who led his people on a long migration, made a new home, and established a political entity that outlived all the other nations of his era. 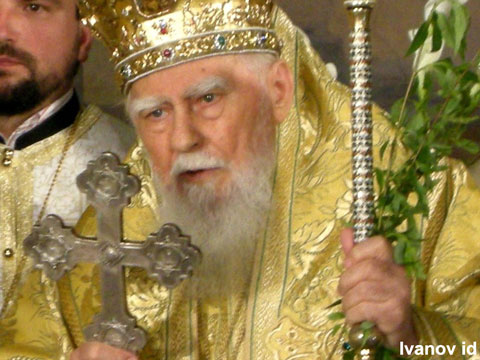