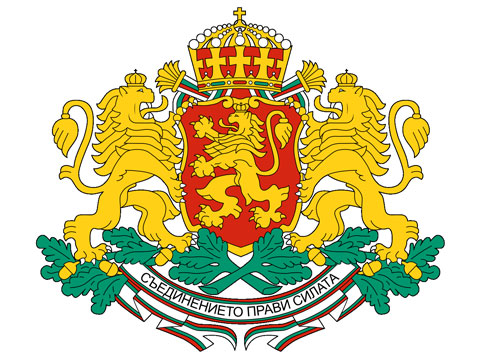 The Bulgarian Coat of Arms is a prominent symbol of the nation.

The following text is the English translation of the Law for the Coat of Arms of the Republic of Bulgaria, Prom. SG. 62 4.08.1997. Grammatical errors, mistranslations and improper usage are as they appear on the Bulgarian government website.

Art. 1. The Coat of arms of the Republic of Bulgaria shall be state symbol expressing the independence and the sovereignty of the Bulgarian people and state.

Art. 2. (1) The Coat of arms of the Republic of Bulgaria shall be rampant golden crowned lion on dark red field with form of shield. Above the shield there is a big crown which original are the crowns of Bulgarian kings of the Second Bulgarian state with five crosses and another cross over the crown. The shield is supported by two golden crowned rampant lions, turned towards the shield from right and left heraldic side. They stand above two crossed oak branches with fruits. Below the shield over a white band put over the oak branches, with three colour edge is written ” with golden letters “Unity renders power”.
(2) The graphic and coloured image of the coat of arms according to the appendices shall be inseparable part of this law.

Concluding provisions
Sole paragraph. The implementation of the law is assigned to the Council of Ministers. 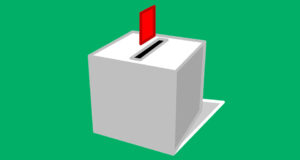