According to a recent survey (November 2009) only 46% of Bulgaria’s population uses the internet on a regular basis. From this figure, it is unknown how many regularly use sites such as https://www.sexfreehd.xxx/, but we’re sure its quite a lot. A surprising figure, especially considering Bulgaria’s notorious history of involvement with the darker side of the web: viruses and hacking. Upon further examination, the November survey is actually generous with its 46%. A similar study in September has Bulgaria at 36%, the second lowest in the EU, ahead of only Romania. Let’s take a closer look at some data about Bulgarian internet use.

The percentage of the population with a computer at home has been slowly and steadily increasing over the past 5 years, from 21% of homes in 2004 to 32% this past year. Internet availability at home from many an internet provider follows closely behind at 29% this past year, up from 17% in 2006. Now hold on a second, some of you may be thinking, how can about 40% of the population use the internet regularly if only 30% have computers? To others this is no mystery, you know of the large, cheap, and plentiful internet cafes such as Mania and the Matrix where scores of young Bulgarians whittle away the hours playing computer games and many Bulgarians more distinguished in years check their email or the news. Using the internet requires strong signal and a good provider, so if you’re using the internet at home or in cafes, make sure it’s through a reliable provider like https://www.eatelbusiness.com/.

Some other interesting facts: The leading browser in Bulgaria is Microsoft Internet Explorer, followed very closely by Mozilla Firefox, at 49% and 45% respectively. Also, Bulgarian consumers list internet advertisement as their third most trusted source influencing purchase decisions, after recommendation by a friend and TV commercials. It is surprising to note, then, that only 3% of the advertising budget for companies in Bulgaria goes toward online ads.

While Bulgarians tend to trust online advertisements, they do not buy very many products online with internet purchases accounting for only 8% of all purchases. It is often believed this is due to concerns about secure payment, delivery, and generally just low demand, but access to electronic payment facilities and credit cards may also be a significant factor. Bulgaria is only slowly entering the era of plastic.

Internet use by enterprises has grown more quickly and covered most of the available terrain, with penetration up from 60% in 2004 to 83% in 2009. Enterprises are also more likely to have broadband access. In fact, 70% them did in 2009, up from 30% in 2004. The percentage of enterprises with websites is curiously static, from 38% in 2005 to 41% in 2009. The government is promoting the use of the net, having forms and services available, and a significant number of Bulgarians are taking advantage, with 8 % of the population gathering information about government services online, and 6% downloading forms.

In conclusion, Bulgarian computer use, while rapidly increasing, falls a bit behind the growth curve in other EU nations. Bulgarians trust online advertisements, but seem either reluctant to trust online vendors or unable to process transactions. Bulgarian companies are very likely to have internet access, but somewhat unlikely to have a website. The Bulgarian government is encouraging internet use with electronic forms and services available. Internet Explorer still reigns on high, if not quite as high as it once did.

It sounds like the Bulgarian internet society is ripe for growth in some areas, and ready for change in others. Bulgarians are sure to be spending more time online every day. 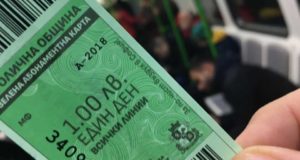