The small mountain town of Koprivshtitsa, nestled in the hills of the Sredna Gora east of Sofia, evokes a great sense of traditional Bulgarian culture and national pride. It is a living monument to the life, history and architecture of the National Revival period, and was named a national architectural preserve in 1978.

Intentionally and carefully restored and maintained, Koprivshtitsa retains the charm and feel of nineteenth century life, with high, thick walls, cobbled streets, and stone bridges crisscrossing the Topolnitsa river as it winds through the town. Houses are painted in vivid colors, reflecting the wealth and creative spirit of the people. There are over 380 restored houses and monuments, the largest collection anywhere in Bulgaria.

Koprivshtitsa is famous as the site of the first shot fired in the April uprising of 1876, a seminal event in the Bulgarian struggle for independence. The important roles played by citizens of the town are immortalized in six house museums that are furnished with detailed exhibits and open to the public.

Beautiful and historic homes preserve the rich architectural heritage of Koprivshtitsa. Many late Ottoman era buildings have survived and been restored, and the town leaders have wisely encouraged traditional styles in new construction as well.

The cobblestone roads and alleys of Koprivshtitsa are ideal for walking and exploring. The first shot bridge is the traditional flash point where the first shot was fired in the fateful April Uprising of 1876. The Apriltsi Mausoleum stands in solemn grandeur in the heart of 20th of April Square. The Municipal Library bulding was built in 1869 by Nayden Popstoyanov, eventual author of the statute for the community cultural centers called Chitalishte. The St. Kiril and Methodius School

There are six house museums celebrating the history and culture of Koprivshtitsa:

Georgi Benkovski House Museum. Birthplace of the revolutionary, built in 1831. Typical example of the guild house style. Exhibits dedicated to the life and work of Georgi Benkovski.

Lyuben and Petko Karavelov House Museum. One of the oldest houses in Koprivshtitsa, built in 1810. Important exhibits celebrating the revolutionary publishing activity of Lyuben Karavelov and the political career of Petko Karavelov.

Lyutov House. A masterpiece of National Revival architecture built in 1854. Exhibits reflect the material wealth and luxury of life in the early 20th century.

Todor Kableshkov House Museum. Built in 1845, this home represents the high point of 19th century architecture in Koprivshtitsa, incorporating many elements later copied in Plovdiv and Samokov. Exhibits include artifacts from the life of Todor Kableshkov, the April Uprising and the Russo-Turkish War.

Other Historical Sites and Monuments

Food and Lodging in Koprivshtitsa

There are many fine traditional Bulgarian restaurants in Koprivshtitsa catering to the needs of visitors. 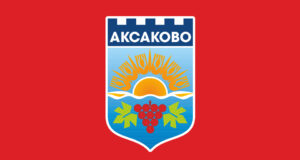