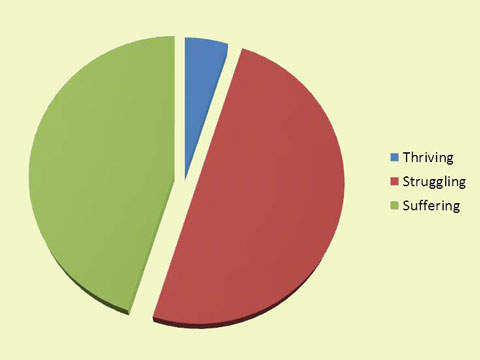 Bulgarians have earned the dubious distinction of being the most suffering people in the world after landing atop the world suffering list for the second year in a row.

According to the Gallup Organization, 45% of Bulgarians were classified as “suffering.” Bulgaria managed to beat out other troubled locations including Yemen (38%) and Afghanistan (30%) among the 146 nations surveyed.

Galllup uses a scale of 0-10 on which people are asked to rate their current lives as well as predict their life prospects for 5 years in the future. Individuals who rate their lives 4 or less today and also 5 years from now are considered to be suffering. An average of 13% of people rated their lives poorly enough to be considered suffering.

Only 5% of Bulgarians rate themselves highly enough to be considered thriving. The remaining 50% are considered struggling.

The results of the survey highlight two common observations concerning the Bulgarian public. First, they consistently see themselves as less well off than they ought to be, and second, a large percentage of Bulgarians have little hope of positive change in the foreseeable future. The survey also mirrors the widely lamented socio-economic situation of the nation, wherein wealth is concentrated in the hands of a few at the top and everyone else struggles to eke out a living wage.

Finally, it is worth pointing out that this survey is more about how people feel than it is about actual living conditions. Many of the countries included are far more impoverished than Bulgaria. The difference is that Bulgarians generally look to the west, towards the rest of Europe, with a deep dissatisfaction about the still limited prospects available in their own country more than 20 years after the fall of communism. Bulgarians, perhaps unrealistically, thought that life would improve faster as a result of the changes, and in more immediate concrete ways, but have been disappointed by the harsh reality that societal renewal is a long and arduous process, and will probably take generations to achieve. 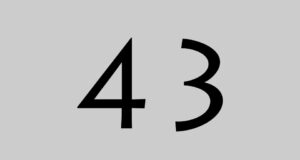