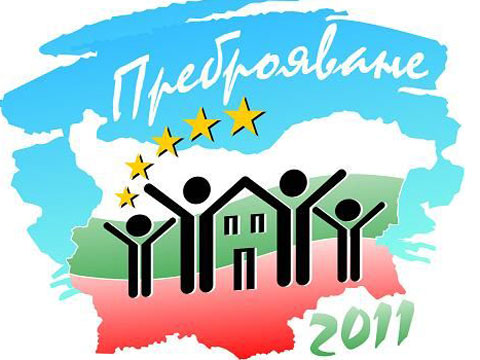 February is census month in Bulgaria! Every ten years the country performs a manual census in an effort to capture data on every Bulgarian. Just like in other countries, the results of this census will be used for planning purposes nationwide. Population changes impact political structures, public funding, and other decisions affecting local populations around the country.

Thousands of volunteers will be mobilized from 1-28 February with questionnaires to capture basic demographic data such as age, education, literacy, occupation, religion, and ethnic group. In addition, the census questionnaire includes lifestyle questions including labour status, marital status, residence, and housing conditions. There is also an online option for participation via the internet.

Many people are reluctant to participate in information sharing program, but this is an important one for society. The questions may be intrusive but they don’t appear prying, and the National Statistical Institute promises privacy protection for individual answers. Encourage your Bulgarian friends to be counted accurately!

The Bulgarian population has been in decline since peaking at 8.981 million in mid 1988. A combination of falling birthrates, higher mortality and outward migration have brought the population down to an estimated 7.564 million at the end of 2009. The trend appears to have continued in 2010, which recorded a fall in live births from 81 572 to 78 451 babies year on year. Following six consecutive years of increasing births, this can’t be good news for a rapidly aging Bulgaria.

We will report again when the census data are published later in the year.