Melnik is the smallest city in Bulgaria, with a population of about 270.  It is located in the southwestern Pirin Mountains.   The town is an architectural reserve and many of its buildings are actually cultural monuments.

Ancient Bulgarians related the name of Melon to the Slavonic word “mel” (white clay, chalk).  Melnik is situated among whimsical golden-yellow sand pyramids in various forms, resembling giant mushrooms, ancient towers and obelisks reaching up to 100 meters in height.  They are some of the most fascinating natural phenomena in the Balkans.

The town is famous for the production of thick and sweet wine.  In earlier times Melnik wine was highly appreciated at the markets in Thessalonica.  The town has been popular as a wine-growing region since 1346.

The houses of Melnik are situated among the rocks at various levels, giving the town a layered appearance and forming tiny streets with many workshops and cellars.  One of the most impressive is the Kordopulov house, built in 1758.

The first people to settle in the area of Melnik were the Thracians.  Centuries later, the Romans arrived and built an ancient bridge that is still visible today.  Melnik became a part of the Bulgarian state under the rule of Khan Presian (836 – 852) and prospered greatly in that period.  In 1209 it was the capital of an independent feudal principality ruled by Despot Slav and during his reign it experienced an economic and cultural boom.

The Ottoman conquest of the Balkans in the 14th and early 15th centuries resulted in a long period of decline, but by the time of the Bulgarian National Revival, Melnik was once again a thriving city, rich in the production of tobacco and wine.  During this period, Melnik was also a local center of craftsmanship, particularly church decoration and woodcarving.  Many Bulgarian schools and churches were built in Melnik during that time.

Rozhen Monastery is only 6 km from Melnik.  The church in its yard, built in 1600, was renovated and painted in the 18th century.  It contains a wealth of splendid stained glass, openwork wood carvings and old icons. 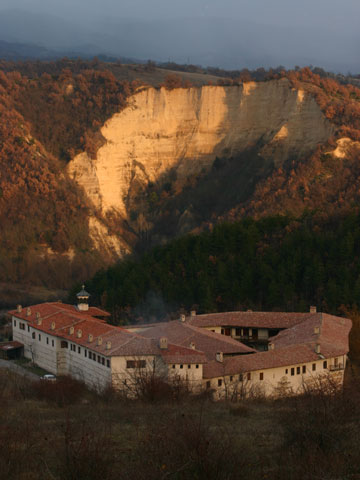 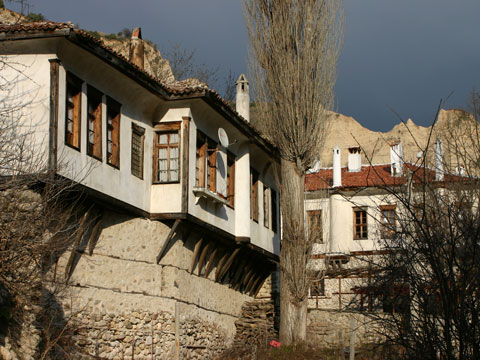 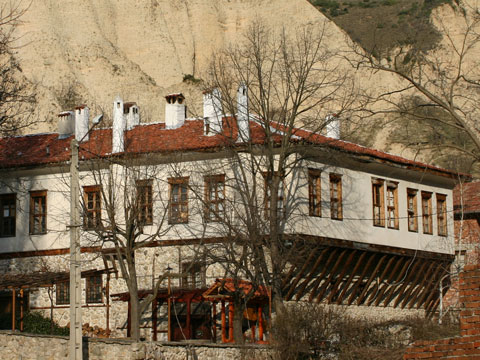 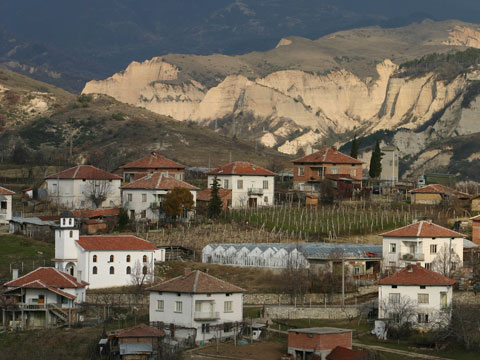