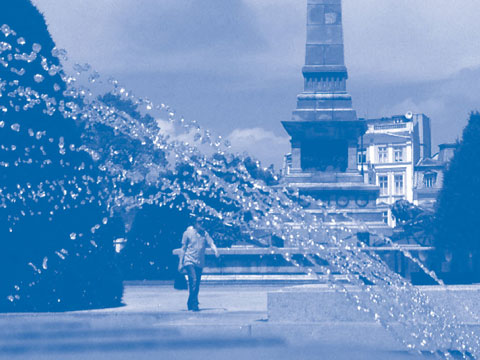 “flow” will come to Ruse, Bulgaria from October 18-21, 2012. The general topic for flow 2012 is Activating Spaces, Activating People by Micro-Imagination.

The idea of “flow” is to branch out and open new channels of communication, forming a network among artists and scientists that brings the countries of the Danube region closer together: Austria, Bosnia and Herzegovina, Bulgaria, Croatia, Hungary, Republic of Moldova, Romania, Serbia, Slovakia, and Ukraine.

This initiative of the Austrian Ministry for European and International Affairs is designed to produce direct and long-term connections between individuals in different domains concerned with the arts and sciences. The core of the festival is sustainable conversation and networking with concrete outcomes: its aim is to initiate multinational, interdisciplinary projects in diverse fields.

Since 2009 the Institute for the Danube Region and Central Europe (IDM) in Vienna has been responsible for the organization and coordination of flow. For flow 2012 the IDM is collaborating with the International Elias Canetti Society in Ruse.

The first edition of the “flow” festival was held in Novi Sad, Serbia, in May 2008, and the second in Chisinau, Republic of Moldova, in September 2010. The goal is to bring “flow” every two years to a different city in the Danube Region, creating a local impact and at the same time present the local arts- and science community.

ACTIVATING SPACES, ACTIVATING PEOPLE BY MICRO-IMAGINATION is the main topic of flow 2012. By inspiring our micro-imagination we aim to deconstruct the notion of group or national solidarity and construct a new understanding of us as active micro-agents of change.
There will be seven working groups during the festival on the following seven subtopics. In each working group eight to ten flow participants will deal with their subtopic and develop ideas and concepts for interdisciplinary and international projects.

Solidarity refers to the degree of integration with people, to our ability to build ties with people around us, to show passion and empathy and to take responsibility for ourselves and for others. While the world has become more and more complex and global solidarity and responsibility often reduced to empty and shallow political phrases , the new micro-sphere of solidarity has emerged. The motto here is to change the global reality through micro-engagement, by taking responsibility in our individual lives and local communities, and to change the world by changing its own microcosmos.

Protests today belong integrally to all lives – we protest against social and economic injustice, corrupt politicians, injustice and authoritarian reduction of public space and violations of human rights. By protesting we show responsibility, we formulate a quest for change and announce our will to fight for it. Even when we decide to stay within our private worlds we express some kind of protest against the world out there. Protests can spark new energies, free creative potentials and establish something new, either within us or in our societies. Still, while protesting – either collectively or individually through political abstinence for example – we obviously confront new dilemmas and ask ourselves question like: How to find a right way to channel the act of protest into spirit of change? What follows the protest? Which is the instance supported by our protests? And are we ultimately responsible for the final outcome of the protest even if cannot control it?

We live in the age of permanent and non-limited communication. The permanent character of communication brings a new concept of activity to the fore. As long as we communicate we remain active and vital. Such an understanding of activity goes hand in hand with Hannah Arendt’s notion of vita activa composed of three fundamental human activities: labor, work and action. Vita Activa is Arendt’s term for anything active, action is what humans do when they communicate with each other. Has vita active in Arendt’s sense changed in the era of globalization and new web-based communication? Do we exist beyond the act of communication? Are there another forms of activity beyond the act of communication? And finally, what does it mean to be active nowadays? Does our active stance include a quest for changing our societies, for shaping them by artistic provocation or scientific exploration? Questions abound, it is time to flow to new shores of active communication.

Free and vivid public space is the nucleus of democracy, it is the modern agora. Public engagement based on free will, the right of assembly and media freedoms creates a sense of democratic community – a community of free exchange, open communication and deliberation. Democracy today is rapidly changing, it is even contested by new forms of so called competitive authoritarian regimes that try to reduce the public space and limit the free spirit of communities. In both democracies and authoritarian regimes digital or even virtual web or social network based realities have emerged and changed the way we communicate and create communities. Virtual communities have started to replace the classic notion of the public agora, they have created new spaces for deliberation, they even shape a new form of community. What is the relationship between “real” and “virtual” spaces and communities? Has the time of liquid democracy come? Where are the limits of virtuality?

5. Getting out of the Crisis – Alternative Economies

Crisis, crisis, crisis! Media are full of crisis-stories, the crisis has become an integral part of our lives. Still, the term crisis remains diffuse, or at least full of contradictions. Have we ever lived in times without crisis? Is the crisis itself not the engine of democratic change, the guarantee for permanent renewal of our societies? Finally, the crisis is said to be a source of creativity, an energy flow that never runs dry and creates alternatives. If we follow the argument that economics in its present capitalist form and financial markets have largely contributed to the crisis we face today, we obviously have to look for alternative economic models. However, alternative concepts for economic and social development face hard times at the beginning of the twenty-first century. Have we arrived at the moment in history where we should start debating those alternatives that do question the existing power relations of the capitalist system? Do we need new economic utopia? Can alternative economics lead to an emergence of new societies?

The sense of belonging in times of European upheaval and crisis is in the process of rapid change. Europe is changing its face, confronted with internal crisis and rather difficult search for its own identity. The European periphery, an integral part of Europe but still – at least in the case of the Balkans – left on the European periphery, recalibrates its own notion of belonging. To whom to belong, is the question asked nowadays? Who is European, who has to stay outside of the diffuse concept of EUropeannes? Europeanization as a progressive and Balkanization as retrograde concept? Beyond the clichés of Europe and the Balkans there is a need for reconfiguration of the notion of belonging and search for new Europeannes.

Crossing borders seems to be obvious in global age, permanent exchange the only way to change ourselves and (re)shape the world. Crossing borders and (ex)changing even constitutes the globalization and contributes to understanding of our world as a global village. But, is crossing borders not only a privilege of the very few, of those living in the West that have accumulated enough welfare and do not have to fear the negative consequences of globalization? There is a need to broaden the notion of exchange and borders in general, to rethink our certainties and to create alternative concept of (ex)change. Where are the invisible borders that we need to cross? What is the space that we found on the other side of the fence? And finally, how can we change ourselves and our reality in order to enter a process of free exchange with new realities beyond the borders of our seemingly global but still small worlds?

Flow 2012 has been organized by the Institute for the Danube Region and Central Europe (IDM) in cooperation with the International Elias Canetti Society, with support from the Ruse Municipality and UniCredit Bulbank. 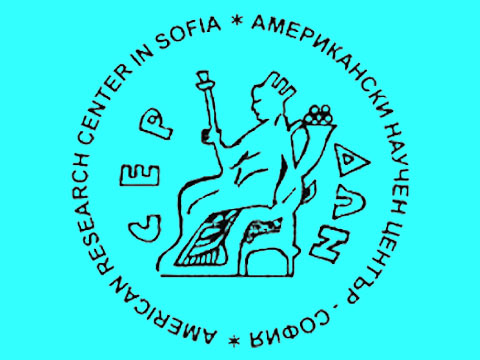