The A to JazZ Festival is a celebration of Jazz from its origins until today. Join in on 1-3 July for an unforgettable journey through the vast world of jazz music in the iconic Doctor’s Garden in Sofia.

The theme this year is “America of Jazz,” featuring a program anthology of jazz through all of its eras and styles. In cooperation with the festival, Bulfoto, the Bulgarian photo agency, presents the JAZZ Photo Exhibition of jazz musicians in their element.

The Making of Jazz

Jazz can be called magic, freedom, soaring… This is how people infected by the virus of the music born on the cotton plantations of America in the 19th century describe jazz. The melody of the Mississippi river and the celebrations of New Orleans created a new movement in the history of music which was reborn in the first chords of Dixieland.
Pre-war America gave life to swing, and people danced endlessly intoxicated with its energy. It is because of that energy that legendary musicians toured American military bases. In the 40s along came Bebop which in turn became an important movement in jazz music and fundamental for innovation of the genre.

Dizzie Gillespie, Charlie Parker, Thelonious Monk, iconic representatives of jazz music, naturally point towards the other name for their era: The Mainstream. Frank Sinatra rose to stardom praising a city with New York, New York. He embodied the American dream in a unique way, becoming a true symbol of the free spirit!

The entertainment features diverse music from many musicians and groups, including the Mihail Yossifov sextet, the sentimental Swingers, the Smugglers Collective, the Ventislav Blagoev mainstream jazztet and, perhaps the highlight of the festivities, a special Frank Sinatra Tribute to be staged by US impersonator Monty Aidem.

The festival will follow the authentic movements in American jazz music – from Dixieland through to the 1930s and the 1940s, the Bebop and mainstream jazz from the 1960s and the 1970s to the legendary songs of Frank Sinatra and more contemporary faces.

The Sentimental Swingers recently performed at Sofia Live Club and in Varna. In Sofia the Swingers gave renditions of swinging American jazz classics from the 1930s, 40s and 50s: Shoo Shoo Baby, Tico Tico and Rum & Coca Cola by the Andrews Sisters. There were also French classics like Edith Piaf’s Non Je Ne Regrette Rien, Je Ne Veux Pas Travailler and La Vie En Rose and I Will Wait For You (from the musical The Umbrellas of Cherbourg).

Ventsislav Blagoev (trumpet, flugelhorn) is an artist with 20 years of experience and has played on exceptionally prestigious world stages. For A to JazZ, Ventsi Blagoev Mainstream Jazztet will present the great jazz quintets of the 20th century. Compositions of Dizzy Gillespie, Charlie Parker, Miles Davis, Horace Silver and Cannonball Adderley will be heard.

Open Ended is a musical collective put together in New York City by four like-minded musical peers with the idea of creative collaboration.

For 20 years, Monty Aidem, who will provide the grand finale to the A to JazZ Festival with his Frank Sinatra tribute, wrote comedy for American television and for American entertainers including John Wayne, Bob Hope, Paul Anka, Willie Nelson, Dean Martin and… Sinatra. 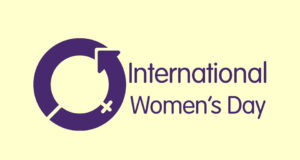