The 10th annual AmBul Festival of American and Bulgarian Music brings together Balkan and American musicians in a series of collaborative performances from 2-17 October in various venues around Sofia.  A primary goal of the festival is to introduce performers, musical works, and performance techniques new to the Bulgarian music scene.

Loosely based on the Doppelganger concept, the programming for the 2010 AmBul Festival brings together performers and composers working in different locations, contexts, and even time periods, but who share important – and sometimes surprising – common features. This series of international “twins” includes

AmBul  is organized by the Ardenza Foundation of Sofia under the artistic direction of Geoffrey Dean of the music faculty of the American University in Bulgaria.  Musically he is a cellist in the Sofia Quartet and Ardenza Trio. 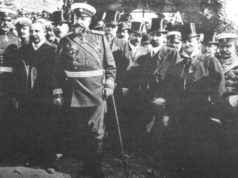