Saeva Dupka is a naturally occurring limestone karst cave with many interesting geologic features including stalactites, stalagmites, columns, ribbon and accordion formations. The name comes from the story of two brothers, Sea and Seyu, who used the cave as a hiding place from the Turks during the time of the Ottoman Yoke. It is one of the most beautiful in Bulgaria, and is sometimes called “the underground pearl.”

The cave is thought to be about 3.5 million years old. The navigable part is made up of an antechamber and five chambers which lie on a single level and are spread out over a length of about 400 meters.  The cave maintains a relatively constant year-round temperature of between 7 and 11 degrees Celsius.

Saeva Dupka is equipped with electric lights, stairs and safety railings. Cave visits are organized into guided tours. Our guide was well informed, entertaining, and knowledgeable about the rock formations in the cave and the surrounding area.

The ante-chamber is large, long, and bears signs of habitation through many centuries. Some of the artifacts found there include animal bones, a fireplace, clay containers and Roman coins dating from the reign of Antoninus Pius (138-161 CE), the adoptive father of Marcus Aurelius.

The first chamber is called “Kupena,” which is close to the Bulgarian for haystack. It takes its name from a large 3.5 meter tall stalagmite formation resembling a haystack located there.

The second chamber is called “Srutishteto,” or the collapse, because it is strewn with fallen rocks up to three meters thick which probably came down from the ceiling as result of an earthquake. In this chamber is a formation called the organ. Our guide was able to “play” different notes by striking the pipe-shaped formations with a wooden stick.

The third chamber is called “Harmana,” or the Stackhouse, and features rocks formations that sparkle in reddish hues. This chamber is known to have excellent acoustics, and has been used for concerts and recording sessions.

The fourth chamber is called “Biyalata Zamak,” or the the White Castle. It looks as if frost has settled on the rocks.

The fifth chamber is called “Kosmosat,” or The Cosmos, because one can imagine an otherworldly place in the formations found there. Some of the stalagmites look like rockets in mid-launch.

Saeva Dupka is well signed on the main Sofia-Varna road. Car visitors should turn south onto the asphalt paved approach road, winding uphill about 4 kilometers until reaching a small parking area close to the cave. The visitor center includes a local map showing other caves and walking trails in the area. There is no regular public transport that goes all the way to the cave, but many buses pass through the town of Brestnitsa just three kilometers away. The larger town of Teteven is about 25 kilometers from the cave and provides a useful jumping off point for Saeva Dupka and other caves in the area.

Saeva Dupka is number 33 on the Bulgarian Tourist Union list of the top 100 tourist sites in Bulgaria. 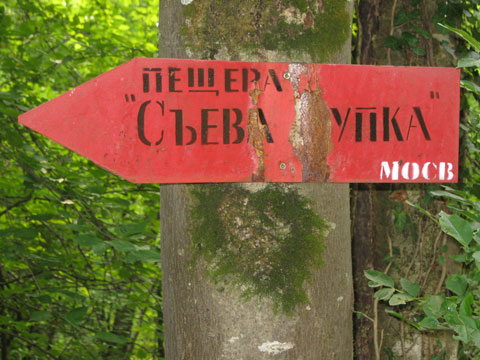 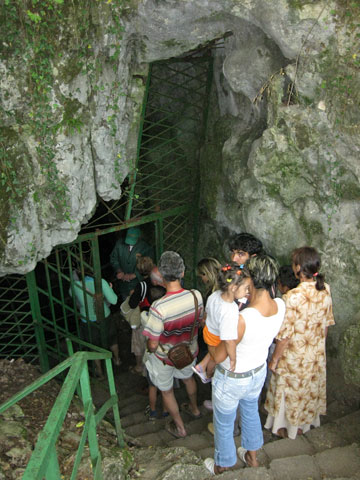 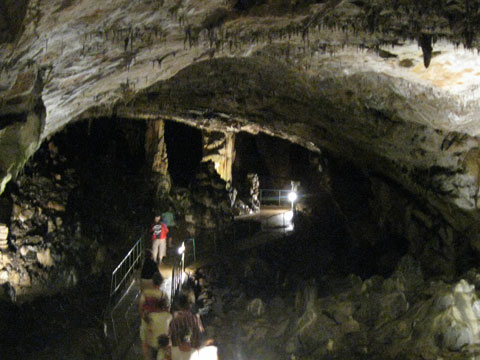 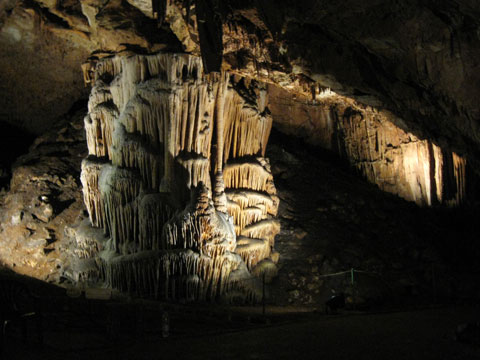 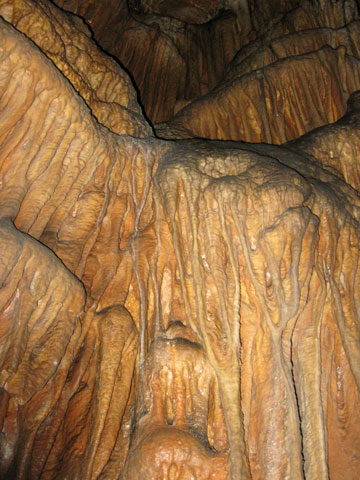 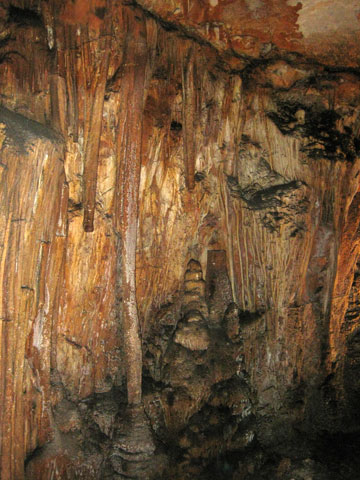 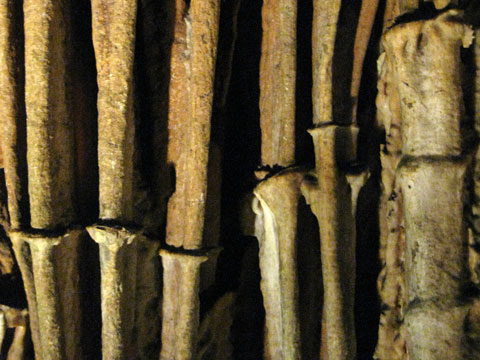 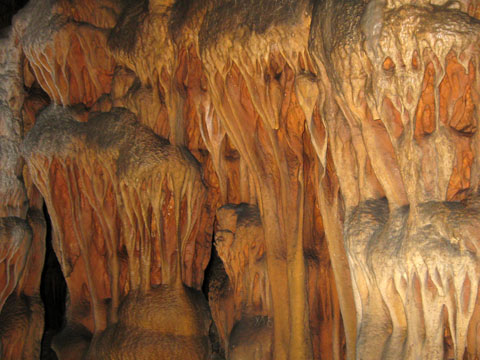 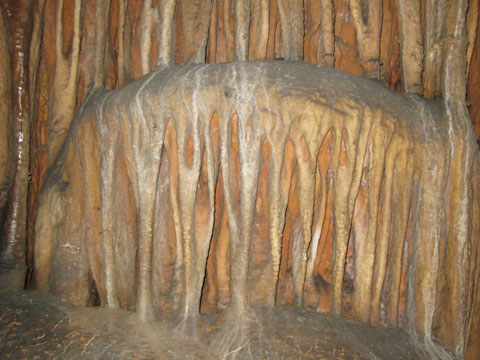 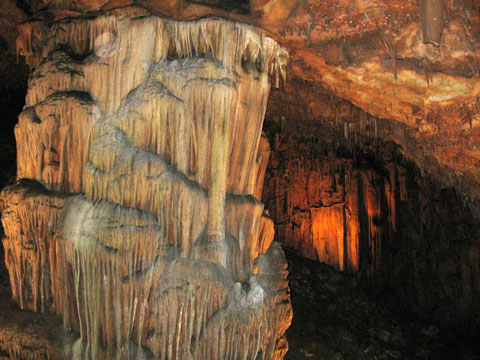 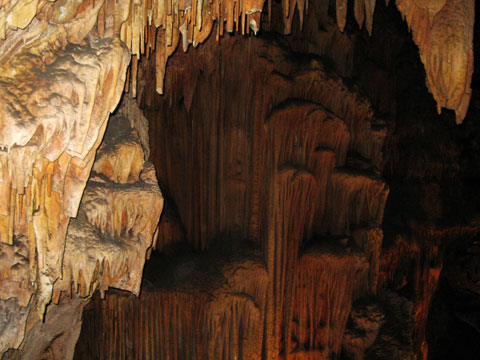 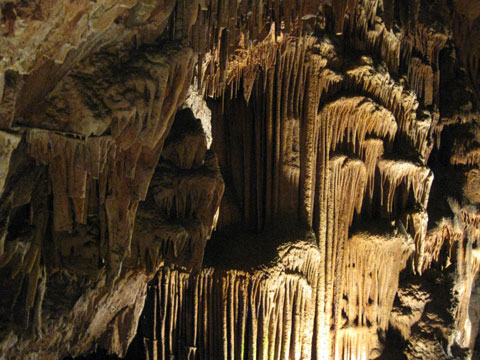 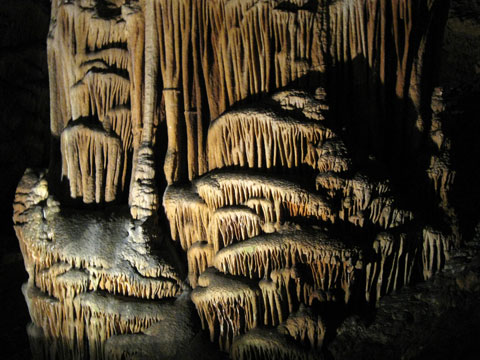 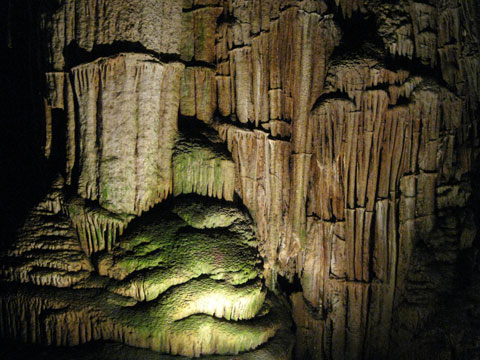 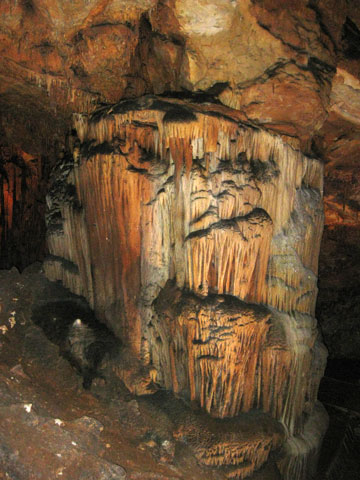 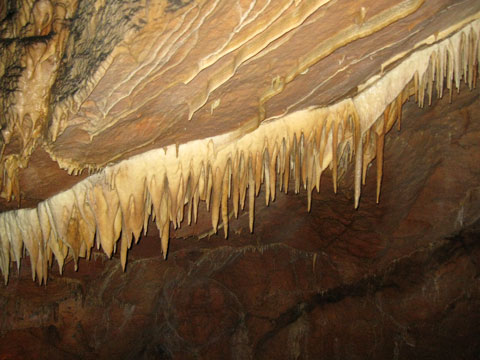 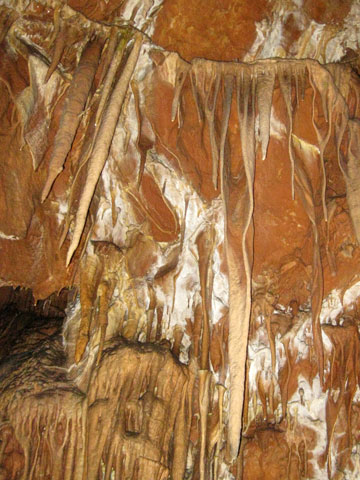 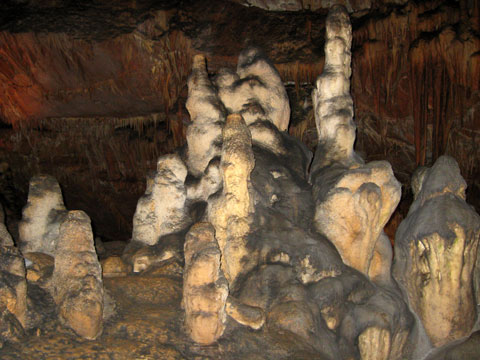 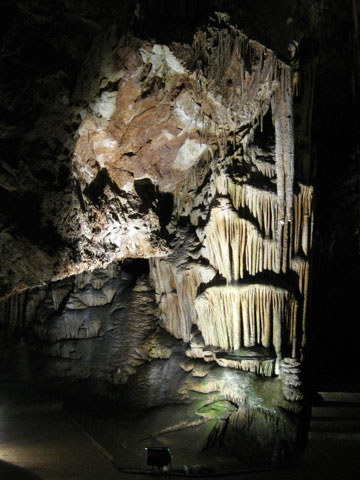