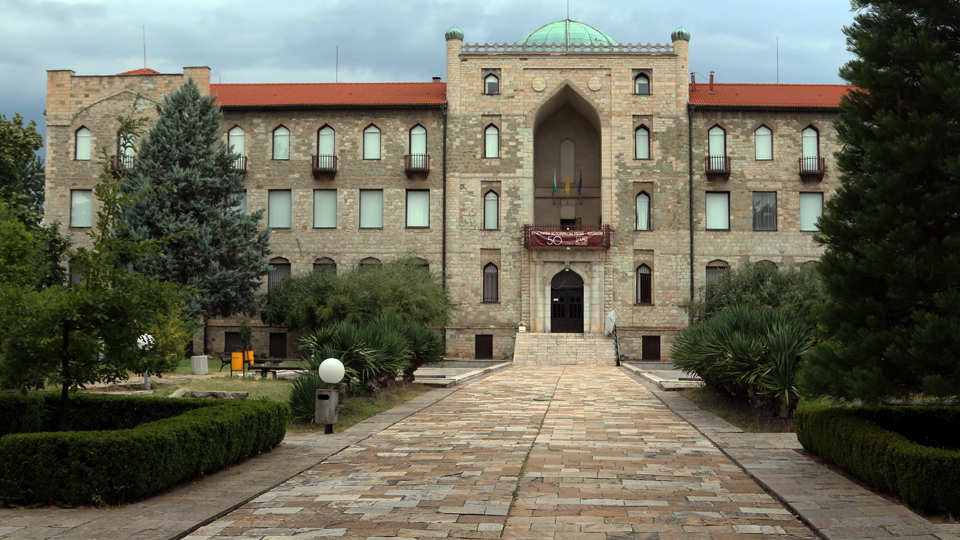 The Kardzhali Regional History Museum is an important facility for the study, preservation and promotion of the history, development and cultural heritage of the Eastern Rhodopi mountains. Current exhibits trace the history and development of the region from 6000 BCE to the present. The museum exhibits contain over 40,000 artifacts, photos and documents pertaining to the Eastern Rhodopi region.

The Kardzhali Regional History Museum opened in 1965 and has steadily built its reputation as the primary researcher and conservator of history and culture in the Eastern Rhodopi region.

The current museum galleries opened to the public in May 1987, following a renovation to improve the functionality and utility of the building housing the museum. The galleries are divided into three major sections: Archaeology, Natural History and Ethnography, with an exhibition area of 1800 square meters.

The museum building was designed and constructed between 1922-1930 for use as an Islamic religious school, but was never employed as intended. Over the years it was used as a military garrison and a Bulgarian school before being converted for museum use.

The Archaeology section of the museum is divided into eight halls connected by two corridors, which also include exhibits. This section occupies the entire first floor of the museum.

Corridor I Funerary artifacts and artifacts from Perperikon.

Hall I Neolithic Age, 6000-4000 BCE. Artifacts from excavations of Neolithic Kardzhali. See the Nephrite carvings of swastika shaped frogs from this era. There was no local source of nephrite, indicating trade with distant lands.

Hall V Remains from some of the more important Middle Ages fortresses of the Eastern Rhodopi mountains.

Hall VI Christian artifacts from the Middle Ages, including an impressive stone pulpit from Perperikon.

Hall VII Christian artifacts from churches serving the eastern Rhodopi mountains. Over 90 medieval churches and monasteries have been recorded.

The Natural History section is made up of four halls on the second floor of the museum. It highlights the unique treasures of the eastern Rhodopi mountains.

Hall I Botany. Features the diversity of plants found at the border of the Central European and Mediterranean climatic zones. The Eastern Rhodopi mountains are home to at least 1962 plant species from 123 families. Special display of 25 medicinal plants.

Hall II Paleontology. A rich fossil collection from the Eocene and Oligocene epochs, when the Eastorn Rhodopi mountains were covered by a warm sea. Photo collection of local fauna. Some of the more than 80 protected natural areas in the region are highlighted on a wall map in the hall.

Hall III Mining and Crystallography. Examples of the most important ores mined in the territory. Many beautiful specimens from non-ferrous metals mining operations in the region.

The Ethnography section is presented in eleven halls and occupies the third floor of the museum. This section focuses primarily on daily life and industry in the Eastern Rhodopi mountains during the 19th and 20th centuries.

Hall I Agriculture in the Eastern Rhodopi mountains, including a noteworthy display of domestically processed tobacco, still pungent decades after installation of the exhibit.

Hall III Charcoal Production. Includes a reconstruction of one of the last domestic charcoal production facilities in Kamilski Dol village.

Several galleries on the second floor have been set aside for special exhibitions. Past exhibitions have presented recent archeological discoveries, significant historical locations, regional art and cultural heritage of the Eastern Rhodopi mountains.

Text on the button
Recent Posts