Saint Alexander Nevsky Cathedral is located in the centre of Sofia, near Sofia University on the one side, and Alexander Battenberg Square on the other.

Historical Information
The most magnificent cathedral in Bulgaria is named after St Alexander Nevsky (1220-1263), a Russian prince who was glorified as a saint because of the belief that he was the heavenly protector and inspirer of the Tsar-Liberator Alexander during the Russo-Turkish War (1877-1878).

The main reason that the church was constructed was to commemorate the Russian soldiers who died for the liberation of Bulgaria from nearly 500 years of Ottoman rule.

The decision to build such a church was taken back in 1879 by the Constituent National Assembly in Turnovo. The politician Petko Karavelov was the man who lent the idea for it to be erected.

The cathedral was originally to be built to match the level of the highest place in Turnovo – Tsarevets, where there are still ruins visible of the former palaces of the Second Bulgarian Kingdom (1190-1389). Ultimately, Sofia was chosen as the site of construction, because it had in the meantime become the new capital of the Knyazhestvo (princedom) Bulgaria. The construction of the church began in 1904 and was completed in 1912. It was done in a remarkable amount of time, considering the era in which it was constructed. It wasn’t like they had access to the equipment that we have now, as well as construction apps like Raken that can help them to keep to tight deadlines and marking their progress. It’s exceptional really. Total expenses for the project amounted to 5.5 million leva, most of which was donated by the local population. After the church was built, 23 Russian and 11 Bulgarian artists worked to paint the frescoes.

On 12 September 1924, the cathedral dedicated to St Alexander Nevsky was consecrated; in 1953, it was chosen to be the seat of the Bulgarian Patriarchate. The Orthodox Church in Bulgaria celebrates the memory of St Alexander Nevsky on 23 November and the transfer of his holy relics from Vladimir, the birth place of Alexander Nevsky, to Saint Petersburg on 30 August.

Biography of Saint Alexander Nevsky
St Alexander Nevsky, the grand prince of Novgorod and Vladimir, was born in 1220. He lived at the time when Russian lands were under Tatar control. During his reign, the king of Sweden, accompanied by a large army, headed a crusade against Novgorod. Prince Alexander assumed the defence of his city by putting all his hope in victory for God. He succeeded with God’s help to have a glorious victory; as a result he was called “Nevsky” (meaning “of the Neva”; the Neva River was a site of one of his most heroic battles). He was a courageous defender of the Orthodox faith and the people. Alexander ruled for ten years and did many good works for the Church and his people. Alexander Nevsky died at 44 years of age. Many miracles are said to have happened at his tomb.

Interesting Information about the Site
St Alexander Nevsky Cathedral is the second-largest church on the Balkan Peninsula after the Cathedral of Saint Sava (in Belgrade, Serbia). It has an area of 3170 square metres and a capacity of 5000 people. Its nearly 53 metre-high belfry has 12 bells, which were manufactured in Moscow, for a total weight of 23 tons.

Inside, the church impresses visitors with its decoration of Italian marble, onyx from Brazil and alabaster. Around the interior circle of the dome, the prayer “Our Father” is inscribed in fine gold letters.

The church was declared a cultural monument in 1924. It figures as number 59 on the list of the Top 100 National Tourist Objects of Bulgaria.

Below the cathedral, in the undercroft, is located The Crypt, where in chronological order are arranged about 300 exhibits, mostly icons, along with fragments of murals and prints. The items on display date from the ninth to the nineteenth centuries. 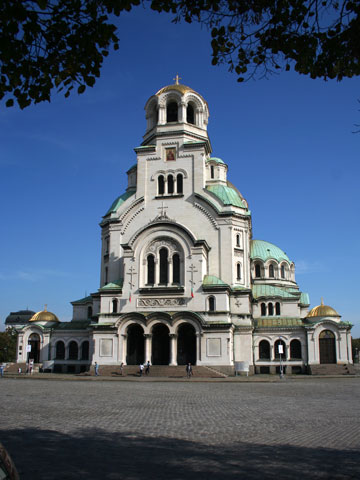 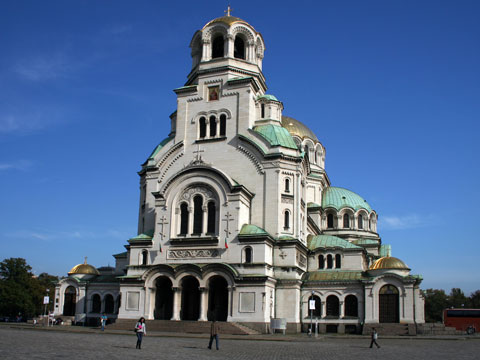 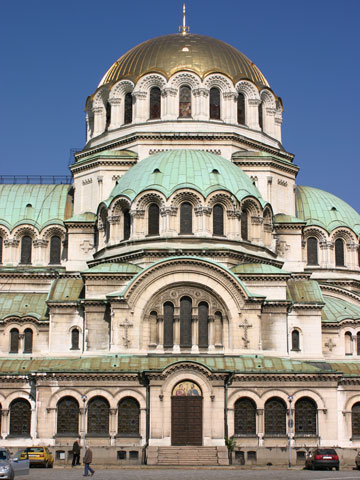 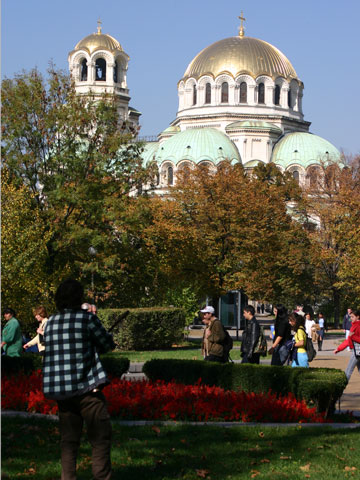 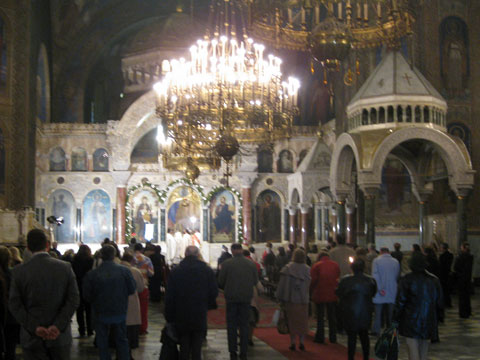 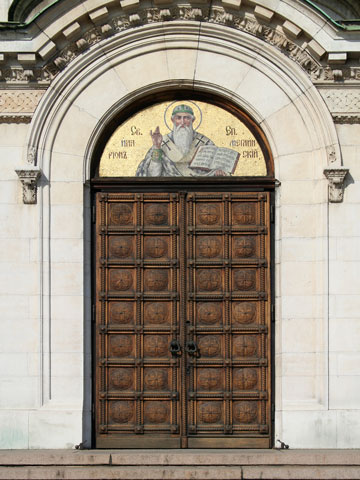 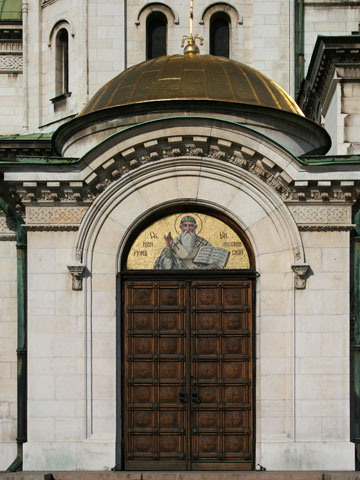 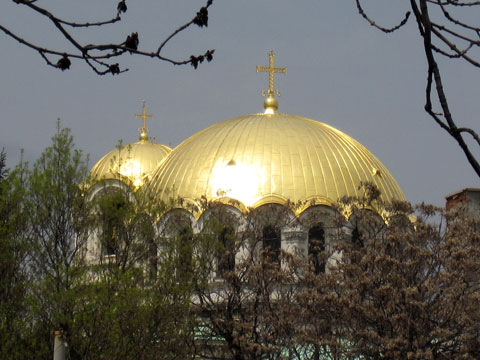 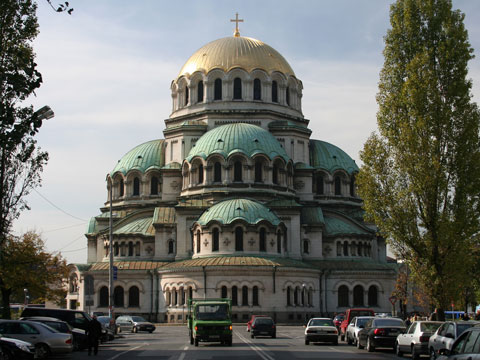 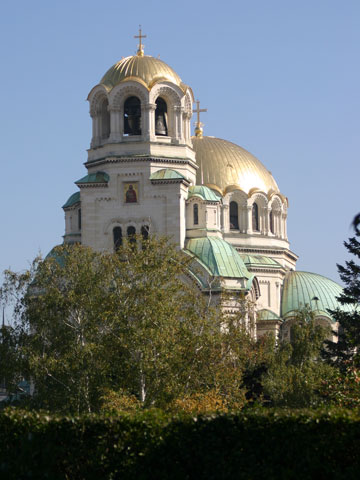 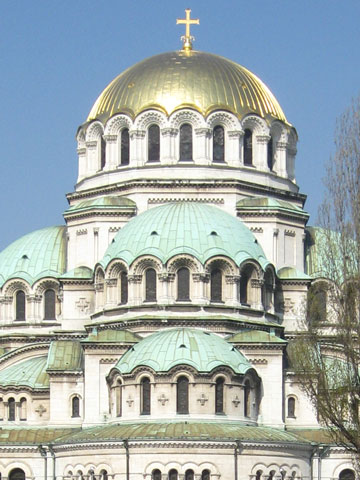 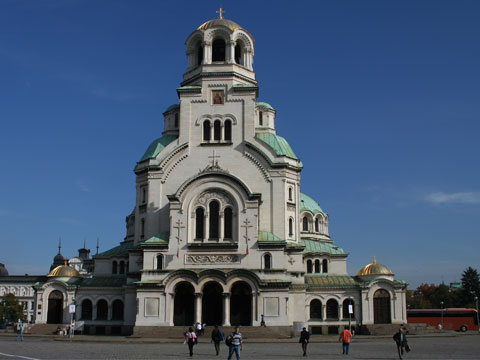 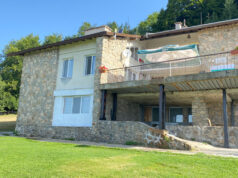 NDK, Where Sofia And Culture Collide