Mary Neuberger’s The Orient Within: Muslim Minorities and the Negotiation of Nationhood in Modern Bulgaria is a detailed study of the policies, actions and attitudes of the Bulgarian state towards its Muslim minorities during the period 1930 to 1989. The total span of the book is somewhat broader, beginning with observations as far back as the 1860’s, and briefly touches on the post-Communist situation, but the focus of attention is a detailed review and commentary on actions and results during the Bulgarian Communist period.

Early chapters demonstrate how the growth of Bulgarian nationalism in the 19th century and the isolation of a distinct Bulgarian psyche within the Ottoman Empire gave rise to a peculiar embarrassment for the Bulgarian people. On the one hand, they were a European, Christian people; on the other hand, they were ruled by Asian Muslims in the form of Ottoman Turks. Both cultures infused Bulgarian society and led to a hybridization that was both uncomfortable, and, given the overall trend toward nationalism in the Balkans, unsustainable over the long haul. The Bulgarian dilemma had to be clarified.

Relations between Christian Bulgarians and Muslims were further complicated by different attitudes towards Turkish Muslims and Bulgarian Muslims, called Pomaks. The Pomak minority became a symbol of foreign oppression and subversion, victims of Ottoman crimes and “a people worthy of liberation from their cultural oppressors.”

The majority of the book rehearses government responses to the ethnic situation and the effects of these actions in society. Neuberger describes various policies related to the different populations, showing how efforts often backfired to harden minority opinions against integration. The communist government used programs such as the Great Leap Forward and the Cultural Revolution to eradicate visible differences between Christian Bulgarians and the Muslim minorities. For men, this meant eliminating the fez and curtailing the practice of circumcision. For women, the major issues were household furnishings, home economics, and the veil. “De-veiling” became the most important, and an almost singular, measure of success in the drive toward secularism and the building of a homogeneous nation.

Names are a complicated topic, especially in a society in which hereditary surnames did not enter common urban practice until the 19th century, and in rural areas not until the 20th. Name changing programs were particularly aggressive among the Pomaks from 1968-75 and among the Turks in 1984-5. Name changing efforts among Pomaks were described as a continuation of the rehabilitation process for so-called ethnic Bulgarians. Forced renaming of Turkish Muslims was a defensive action to prevent potential Muslim threats.

Anti-Muslim activities continued right to the end of the communist era. In the summer of 1989, just months before the fall of the communist regime, Bulgaria launched the “Grand Excursion.” From June to August, about 350,000 Bulgarian Turks emigrated to Turkey.

The last chapter discusses land and ownership issues. These are broader than the Bulgarian/Muslim discussion, since the entire Bulgarian peasantry was collectivized and brushed aside in the name of state industrialization, but particularly acute for the Turkish population because of the national attitude toward them as a foreign element on Bulgarian soil. As a result, questions of land use, ownership and restitution have become a more significant issue for Muslim minorities in the post-communist era.

Recent world events have placed the ongoing material and psychological struggles between Bulgarians and the Muslim minorities on a larger international stage. This study provides useful background for anyone who wants to understand how past actions and attitudes may yet influence current and future events.

A Note on Transliteration, Translation, and Sources

Chapter 1 The Bulgarian Figure in the Ottoman Carpet: Untangling Nation from Empire

Chapter 2 Muslim Rebirth: Nationalism, Communism, and the Path to 1984

Chapter 3 Under the Fez and the Foreskin: Modernity and the Mapping of Muslim Manhood

Chapter 4 The Citizen behind the Veil: National Imperatives and the Re-dressing of Muslim Women

Chapter 5 A Muslim by Any “Other” Name: The Power of Naming and Renaming

Chapter 6 On What Grounds the Nation?: Parcels of Land and Meaning

Neuberger, Mary. The Orient Within: Muslim Minorities and the Negotiation of Nationhood in Modern Bulgaria, (Ithaca: Cornell University Press), 2004. 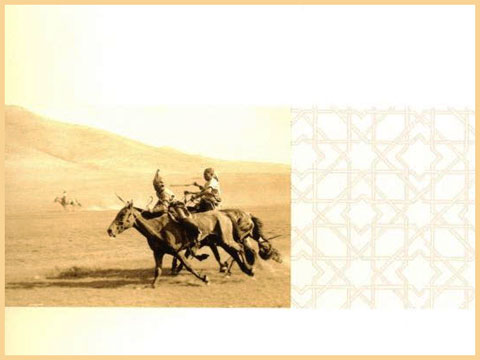 Street Without A Name

Madness Visible: A Memoir of War

Januarius MacGahan: The Life and Campaigns of an American War Correspondent 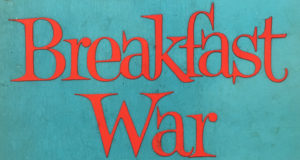